FIFA has announced the three goalkeepers nominated for the Best Award 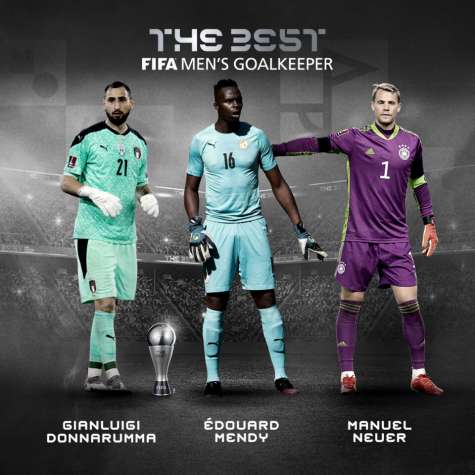 FIFA World Cup has announced the three nominees for the FIFA The Best Awards.

Liverpool and Leicester goalkeepers Alison and Casper Schmeichel were the other two initially nominated, but garnered the fewest votes. The name of the winner will be announced on January 17 at an online ceremony.

On Thursday, FIFA will announce all three nominees for coach of the year. The names of all three who will compete for the trophy for the best player of the year will become clear on Friday.