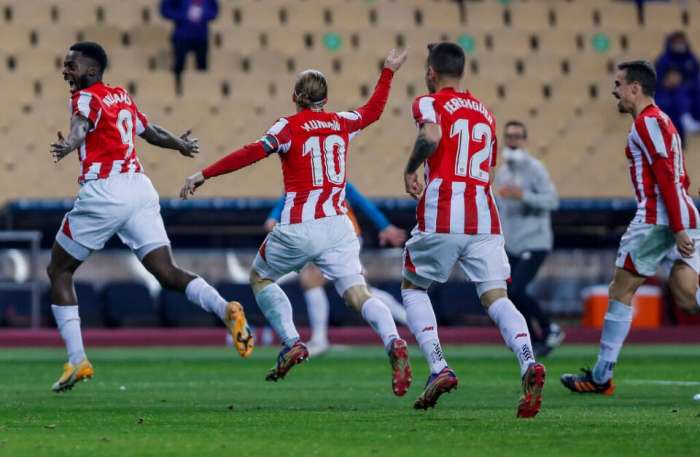 Athletic Bilbao will go down in world history and do something unprecedented that will almost certainly not be repeated. Within 14 days the team will play two finals for the same trophy. Bilbao can win the King's Cup in Spain twice in just two weeks.

This became possible after the team qualified for the match of this year's edition of the tournament against Barcelona, ​​which should take place on April 17. On Thursday, the Basques removed Levante and are one step away from the trophy.

There is nothing unusual in this fact. Unusually, on April 3, Athletic Bilbao will play in the King's Cup final again. This time the rival is Real Sociedad. This is the match that was supposed to take place in 2020, but was postponed due to the pandemic. For this reason, the regulations for the Spanish Super Cup changed, in which both Athletic Bilbao and Real Sociedad participated, and in the end Athletic managed to beat Barcelona and grab the trophy.

Athletic Bilbao is the second most successful club in the tournament with 23 cups in the country. First is Barcelona with 30 trophies. If he takes both cups, the Basques will be close to only 5 of the Catalans.