Atalanta beat Udinese in a match with five goals 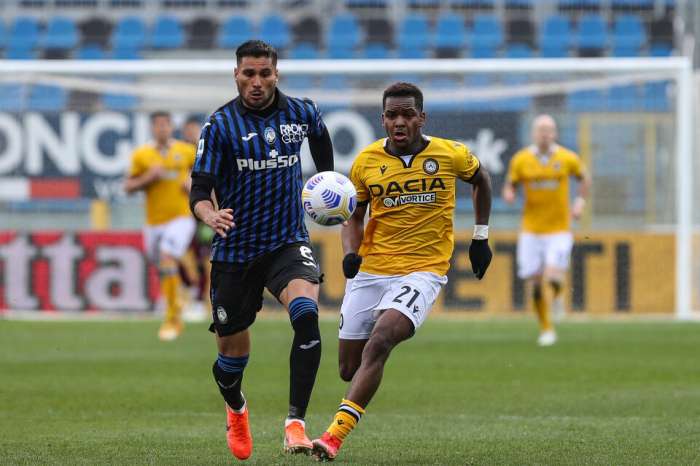 Atalanta beat Udinese 3-2 in a match of the 29th round of Serie A. Duvan Zapata and Luis Muriel scored twice for the success of the "Bergamas". Roberto Pereira and Larsen were right for the Udine team.

Gasperini's team is in third place in the standings of the Italian championship with 58 points. Udinese is 12th with 33.

The hosts took the lead in the 19th minute. Matteo Pesina with a short pass found Luis Muriel, who freed himself from his pursuer and directed the ball inexorably into the door of Udinese.

In the 38th minute Juan Musso intervened well after a shot from distance by Ruslan Malinowski.

Two minutes before the end of the half, Atalanta doubled their lead after Luis Muriel received a great pass that left him face to face with goalkeeper Muso and the striker calmly sent the ball into his door.

In the 45th minute, Udinese returned a goal after Roberto Pereira left no chances for Golini with a shot in the bottom left corner.

In the 49th minute, Josip Ilicic received in the penalty area, but failed to sign after Muso intervened decisively and took a corner.

In the 61st minute Duvan Zapata scored for 3: 1. Ten minutes later, Larsen scored a great goal to reduce the team's lead over Udine.