Tottenham poured out their anger against Burnley, Bale went wild 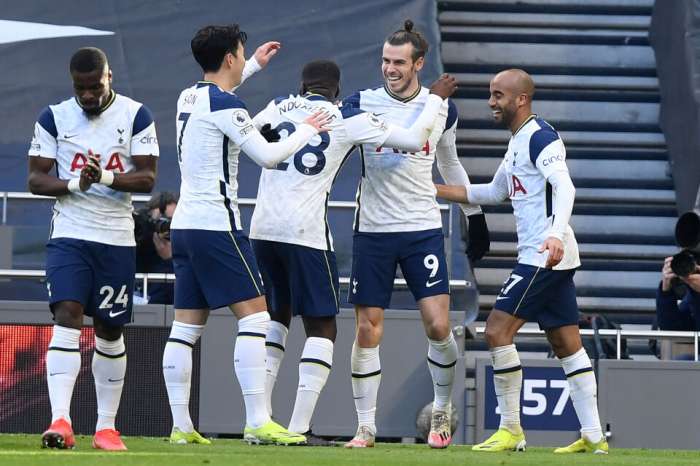 Tottenham won 4-0 at home to Burnley in the 26th round of the Premier League and poured out their anger at the poor form in which he is. In their last five matches of the championship, the "spurs" suffered four defeats and seriously moved away from the places giving them the right to participate in the Champions League next year.

In just 30 minutes of play, the hosts already had a comfortable three-goal lead after Gareth Bale, Harry Kane and Lukash Moura scored.

At the beginning of the second half, the Welsh national team doubled its goal score and went up to 4: 0.

After a resounding success, Tottenham is eighth in the standings with 39 points, while Burnley is 15th with 28.

The Spurs took the lead with their first goal situation. Hyun-Min Son crossed from the left, and Gareth Bale from close range sent the ball into the net. The Welshman was left completely uncovered, and Burnley's defenders seemed confident that a VAR intervention would follow to cancel the goal due to an ambush. However, such an intervention did not follow.

In the 6th minute Harry Kane broke through the center and made a powerful shot from the arc of the penalty area. Goalkeeper Nick Pope remained in place and looked with relief at the ball, which passed inches past his left side post.

Four minutes later, Son was found with a long pass. He led Luka Moura to a clear shooting position. However, the Brazilian's shot was parried by Pope, who was well positioned.

In the 15th minute the logical thing happened and Tottenham took the lead with 2: 0. Harry Kane took a long pass from the left of the attack, entered the penalty area and surprised Nick Pope with a powerful shot in the near corner.

In the 31st minute Lukas Moura made the score classic. He took advantage of a misunderstanding in Burnley's defense and sent the ball into Pope's net for the third time since the start of the match.

Ten minutes after the start of the second half, Hyun-Min Son combined with Gareth Bale, who took control in the penalty area and made the score 4: 0. With the fourth goal that Tottenham scored, the intrigue completely evaporated. Until the end, the "spurs" continued to control the events on the field and had several opportunities to make their success even more expressive, but omissions were made by Harry Kane and Son.