This is how they became a champion - Zenit defeated the second with 6: 1 and lifted the trophy in Russia 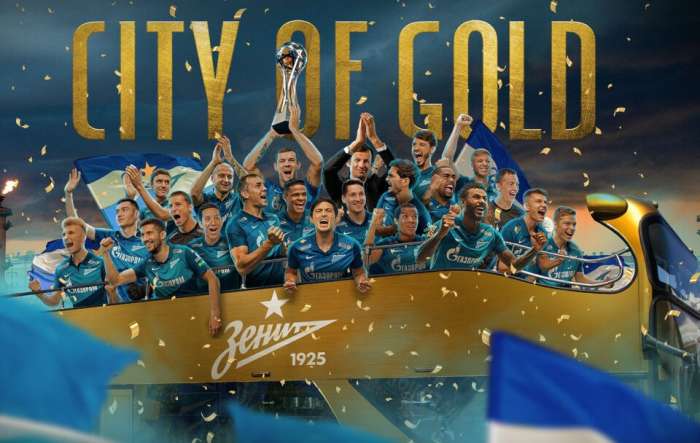 Zenit St. Petersburg became the champion of Russia after a deadly victory over the second Lokomotiv Moscow with 6: 1. Thus, two rounds before the end of the championship, Zenit officially became champions, as they lead with 11 points ahead of Lokomotiv.

In the 19th minute Artyom Dzyuba scored for 1: 0. In the 39th minute Sardar Azmun scored a second goal after intercepting a cross with a header. Thus, the hosts took a comfortable lead and were already anticipating the title.

In the continuation of the first half given by the referee, the hosts received the right to execute a penalty, which Sardar Azmun turned into a goal and the result was 3: 0.

In the second half the events on the field did not change. Zenit was definitely the better team and a minute after the start of the second half scored a fourth goal. Sardar Azmun scored with a brilliant shot in the bottom right corner and scored his hat-trick.

In the 51st minute Artyom Dzyuba scored the fifth goal, and in the 56th minute the guests returned a goal through Francois Camano.

The final 6: 1 was formed by Malcolm, who received a pass from Artyom Dzyuba and shot under the crossbar.