The war between LeBron and Zlatan is in full swing 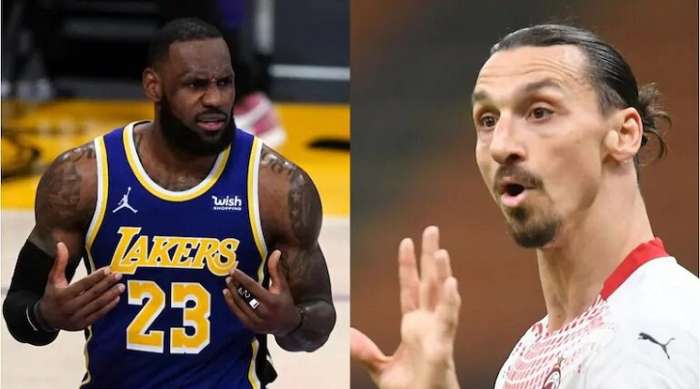 Los Angeles Lakers superstar LeBron James has responded to Milan striker Zlatan Ibrahimovic 's criticism . A few days ago, the Rossoneri goal scorer said that King James should focus on basketball and leave the policy to the people who are the best at it. However, the leader of the NBA champions flatly refused to listen to the football player's advice and explained why:

"I will never shut my mouth to things that are wrong. I will always defend my people and I will always talk about equality, social justice, racism, voter repression and things that are happening in our community. Because at some point I was part of it and I saw at a glance the things that were happening.A group of over 300 children at my school is going through the same thing and they need a voice.I am their voice and I use my platform to keep shedding light on everything "Not only in my community, but in those in our country and around the world," LeBron said after the Lakers' victory over Portland last night.

There is absolutely no way I can stop talking and stick to sports alone, because I understand what platform I have and I know how powerful my voice is. Let him (Zlatan) ask Renee Montgomery if I would shut up and dribble. This beautiful black woman is now part of the group of owners of the Atlanta Dream basketball team, "James added, before hitting Zlatan. because it is not common in Sweden. He explained that he had been attacked in his homeland for her sake, right? He mistaken the man he was going to deal with. I do my homework. "