The Southampton manager: We are the weakest team 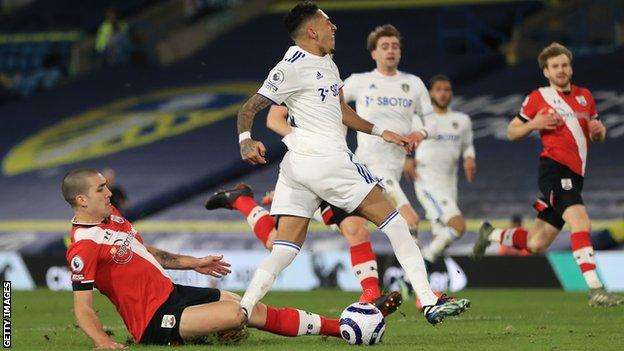 Southampton manager Ralph Hazenhuttle said his team is currently the weakest in the Premier League. The Saints lost 0-3 to Leeds last night, having just won one point in their last eight league games.

The visitors played a good first half on Elland Road, with Che Adams' goal after a foul by James Ward-Praus being canceled after a VAR review, as head referee Andre Mariner had not signaled the foul. Leeds took advantage and with three goals after the break reached success.

"We lost again and that's not good. In the second part of the season, things keep happening to us. We create situations, but we don't realize them. In the situation with our canceled goal, we played the ball a second earlier. It's hard to accept. Then Leeds played with more energy and tore us apart in the second half. We gave up and I didn't like it. At the moment we are the weakest team because we don't earn points and we don't show ourselves as a team that could do it. change soon, we will again be involved in the struggle for survival at the end of the season, "said Hazenhuttle.

Southampton's last victory was on January 4 against Liverpool with 1: 0 at St. Mary's. The team ranks 14th with 30 points, 8 points above the relegation zone 13 rounds before the end of the campaign.