The most expensive purchases in the history of Man United 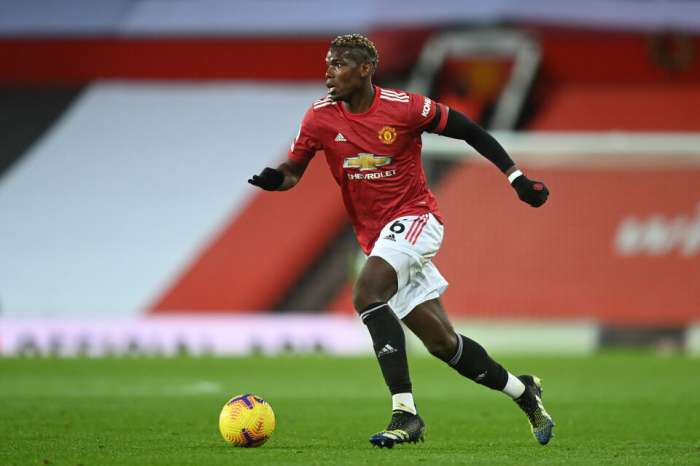 Hours ago, Manchester United announced the recruitment of Rafael Varane from Real Madrid. Although there is still no official information about the contract that the Frenchman will sign with the club or the transfer fee that will be paid for him, one thing is clear - Varane will become one of the most expensive incoming transfers in history of the Red Devils. Along with him, in the list of the most expensive is another new addition to the team - Jaden Sancho. The young Englishman arrived at "Old Trafford" from Borussia Dortmund for the amount of 85 million euros.

Here are the 15 most expensive players who came to Manchester United:

The Dutchman is a key part of Ajax, reaching the semi-finals of the Champions League in the 2018/2019 season. In the summer of 2020, Manchester United beat the competition and led the midfielder of "Ort Trafford" for 39 million euros, which were paid to Ajax. However, this deal is a failure so far, as Van de Beek failed to adapt to the situation in the Premier League and was a peripheral part of Ole Gunnar Solskjaer's squad last season.

The offensive midfielder joined the team in 2016 and spent only two seasons at Old Trafford. During that time, the former Borussia Dortmund and Shakhtar Donetsk player played 63 games in all competitions, scoring 13 goals and assisting 11. In the summer of 2018, he moved to Arsenal in a barter between the two teams, from which Man United received Alexis Sanchez.

In July 2001, the Red Devils paid Lazio a whopping $ 43 million at the time for Eagles midfielder Juan Sebastian Veron. The Argentine spent only two years at Man United, but during that time he was a key player in the building of Sir Alex Ferguson. In 2003, the midfielder took on Chelsea after 82 games, 11 goals and 11 assists with the Manchester team's shirt.

Midfield again, but this time the transfer is from Chelsea to Man United. At the end of July 2017, the Serbian arrives at Old Trafford after three very strong seasons in London. The Red Devils paid 44.7m euros for his rights, with Matic becoming one of the team's main players. So far, he has 157 games for the team in all tournaments, scoring 4 times and assisting 7 times.

Another player who replaced Stamford Bridge with Old Trafford is Juan Mata. He joined the Red Devils in 2013 and is still in the team, which has 273 games. In them, he scored 51 goals and 47 assists. Despite these good results, the performance of the technical Spaniard in the team is very far from the games he showed with the Chelsea shirt. There, Mata had formed a deadly trio with Eden Hazard and Oscar, known as Mazakar.

The Man United legend arrived at the team at the beginning of the new century with a mega transfer from Leeds worth 46 million euros. With the T-shirt of the Red Devils, the defender has an incredible 455 games, in which he has 8 goals and 9 assists. Ferdinand has won 6 English championship titles, 1 Champions League trophy, 3 English cups and 4 super cups winning the Club World Cup and the European Super Cup once. He does all this as a Manchester United player. He also formed one of the best pairs of central defenders in the history of the Premier League with Nemanja Vidic.

Despite the serious amount they gave for the right-back, Manchester United can be satisfied with the attraction of One-Bissac. The young Englishman has been a major part of Ole Gunnar Solskjaer's team for 2 years now and has already played 100 games under the Norwegian. Apart from being very fast, Wan-Bisaka is also very technical. This makes him a serious danger to the opponent's defenders, and he likes to get involved in attacks often.

The defensive midfielder is one of a galaxy of Brazilians who have passed through Shakhtar Donetsk and flooded Western Europe in recent years. He replaced Ukraine with England in the summer of 2018 and so far has played 121 matches with the red shirt in all tournaments. Although not distinguished by incredible speed or technique, Fred is a very good laborer, and can not only destroy the opponent's attack but also launch attacks for his team.

The Frenchman became the most expensive teenager in 2015 when he replaced Monaco with Manchester United. Opinions among Red Devils fans about the French striker are quite contradictory. On the one hand, his critics point to his ability to squander clean positions lightly. However, Martial has scored a number of important goals for his team. However, the arrival of Jaden Sancho may make it unnecessary at Old Trafford.

If not the most successful, he is certainly in the top 3 of the most successful transfers of Man United this century. The Portuguese landed at Old Trafford during the winter transfer window of the 2019/2020 season from Sporting Lisbon. A year and a half later, he is the star of this team, for which he has 40 goals and 25 assists in 80 games. The most important thing for the team, however, is that the playmaker fit like a cut stone in the scheme of Ole Gunnar Solskjaer and thanks to him the team plays so attractive and attacking in the last season and a half. That's why Man United supporters adore Bruno.

The Argentine winger joined the team after the 2014 World Cup, where he played a final loss to Germany. Of all the players on the list, Di Maria spent the least time on the team - just one season. In it he took part in 32 games, scoring 4 times and making 12 assists. He was unlucky enough to have high expectations after the strong years at Real Madrid but never managed to live up to expectations and help the team recover in the first years after the era of "Sir Alex Ferguson" at Manchester United.

Another expensive footballer who fails to stay at Man United for long. The Belgian striker came to the team in 2017 and played 96 games (42 goals and 13 assists) before being bought by Inter in August 2019. Although his performance at Old Trafford does not look bad, in Italy Lukaku showed that is capable of much more. Last season, he managed to lead the Nerazzurri to the country's first championship title in 11 years.

Young, fast, technical. However, Jaden Sancho is much more than that. The Manchester City teenager made a name for himself with the Borussia Dortmund team, where he showed that he plays extremely well for his age. Manchester United had an interest in him last year, but the "yellow-blacks" kept him in their ranks and Sancho helped them win the German Cup. In the final against RB Leipzig, he and Erling Holland mocked the defense of the "bulls" and each of them scored two goals for the expressive victory with 4: 1. Now every Man United fan is keeping his fingers crossed for the 21-year-old Englishman to be able to perform at least as hard with the United shirt as with that of Dortmund.

With it, the red team of Manchester broke the record for the most expensive defender. Before the start of his third season at the club, the former Leicester player has scored 5 goals and 5 assists in 107 games in all tournaments under the leadership of Ole Gunnar Solskjaer. Although he generally brings stability and security to the team's defense, from time to time the Englishman is ridiculed for some of his comic plays. They are also the reason for some goals in the door of Man United and because of that the supporters of the team still have mixed feelings about the transfer of Maguire, even more so for such a high amount.

Manchester United had to break the record for the most expensive transfer in the history of football in 2016 to take a player who had played without money only 4 years earlier. Pogba failed to shine in the academy of the English team and therefore moved to Juventus, as the "old lady" did not pay a penny for him in 2012. In Turin, however, the French midfielder became one of the greatest hopes of world football. This leads the management of Manchester United to withdraw the hitherto unseen 105 million euros for him after Euro 2016.

During his second stay at Old Trafford, Pogba was one of the most important players for Man United, having played in 199 games in all competitions, with 38 goals and 45 assists. However, he never managed to maintain a consistently high level in the team the way he did at Juventus.

We are expected to find out the details of the transfer of Rafael Varane from Real Madrid in a few hours. However, according to various sources, the amount that the "red devils" will pay for it will be 50 million euros. If that happens, he will become the 10th most expensive player in the club's history.