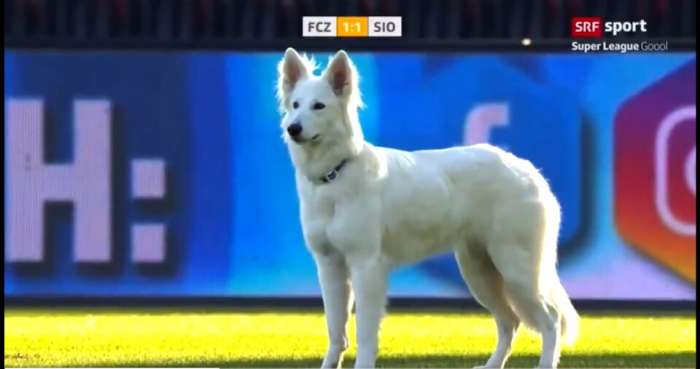 A curious incident was witnessed by television viewers and all those present at the match between Zurich and Zion in Switzerland. In the first half, a dog briefly interrupted the match. It turned out that this was the pet of the President of Zurich - Anchilo Kanepa.

The dog, named Chila, came down in the stands and entered the field, which caused a stir in the players and the referee who stopped the game. Chief Kanepa came down and called his best friend. He shared after the match that his dog loves football and especially balls and therefore often takes him to team training.