The coaches who were fired by PSG conquered Europe 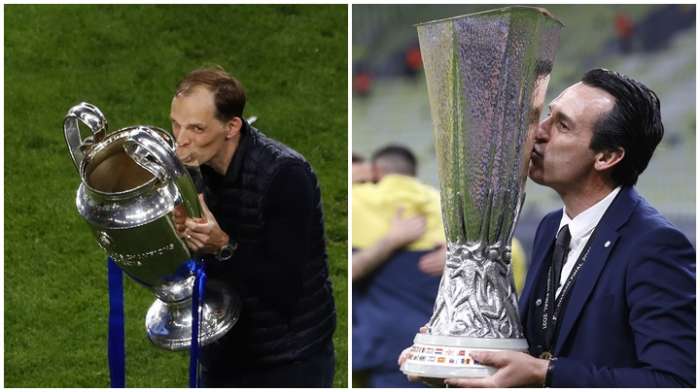 In Paris, Unai Emery and Thomas Tuchel were fired for poor results, and this season they both conquered Europe.

Paris Saint-Germain, who did not trust the German enough, has never managed to triumph in the Champions League, just like Manchester City, despite the large investments of the rich owners of both clubs from season to season.

Tuhel was fired by PSG in late 2020 after public criticism of the club's management.

"During these six months, I honestly learned: am I a coach, a politician or a sports minister?" Where is my role as a coach in a club like this? "Sometimes the work is challenging because PSG is affected by many things that are not in the interest of the team, and this club is not always related to football," Tuhel said before being fired.

This was another mistake of the impatient bosses of PSG. Earlier, they fired Unai Emery, who won the Europa League with Villarreal this season.

The "Yellow Submarine" led by Emery defeated Manchester United in the final in Gdansk, Poland.

Emery landed in Paris in 2016, won only the Cup in the first season, and became champion of Monaco. In two seasons, he failed to go beyond the round of 16 of the Champions League.