Tears in Messi's eyes - lifted a trophy with Argentina 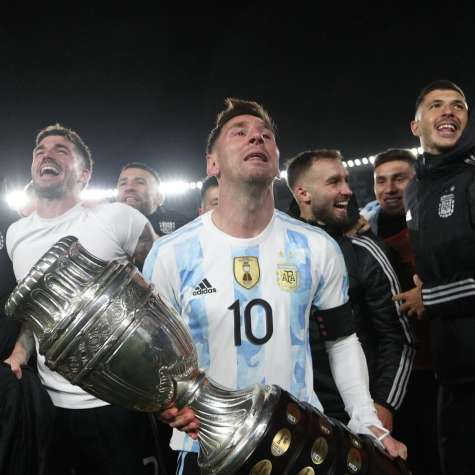 World star Lionel Messi could not hide his emotions and cried during the award ceremony when he was awarded the trophy for winning the Copa America in Argentina. The success of the "white and blue" came a few weeks ago in the finals in Brazil, but then the Argentine fans could not attend. Thus, the Argentine national team had the opportunity to celebrate the triumph in front of their audience after the end of the world qualification with Bolivia, which they won 3-0 after three goals by Messi.

For captain Messi, this is an extremely emotional moment, as this is his first trophy with the national team. Over the years, Messi has often been criticized for not winning anything with Argentina. Messi burst into tears during the symbolic lifting ceremony.

"I dreamed a lot about this day and thank God it came. I have no words to thank you for all the love I received. What a beautiful night, I really liked it. Unforgettable," Messi wrote in his Instagram profile.