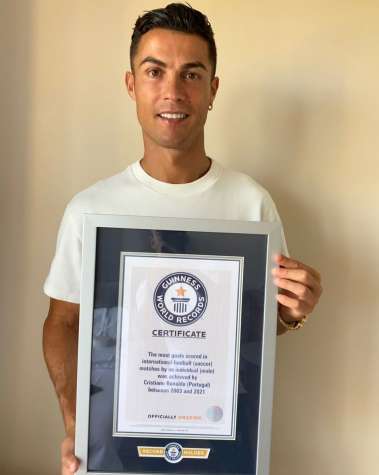 The superstar of Portugal and Manchester United, Cristiano Ronaldo, has once again entered the Guinness Book of Records.

The striker scored two goals in the door of Ireland, thus improving the achievement of Ali Dai for the most goals with the national shirt. The Iranian had 109 goals, while Ronaldo already has 111.

Ronaldo received a special certificate from the Guinness Book of World Records, which confirms that he is the current holder of the record.