Ronaldo saved Juventus in the derby with Turin 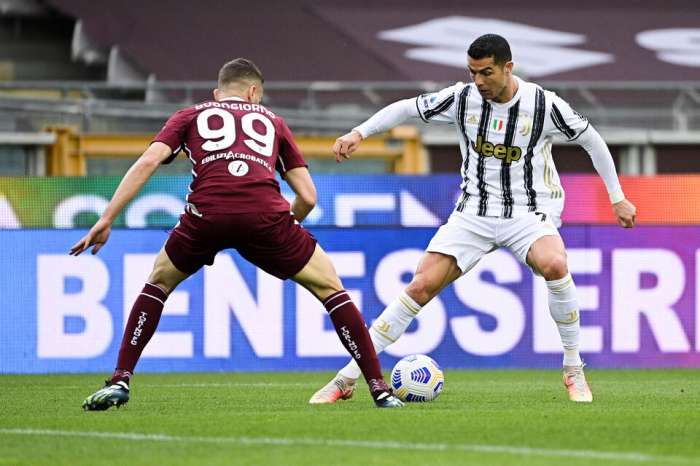 Cristiano Ronaldo saved Juventus in the Derby della Mole with Torino from the 29th round of Serie A. The match ended with a score of 2: 2, and the Portuguese superstar scored the equalizer for his team 10 minutes before the last referee signal.

The match started with positions in front of both doors. First, in the 5th minute, Cristiano Ronaldo passed to Federico Chiesa, who, however, shot high over the door. In the 10th minute Andrea Belotti burst into the penalty area and fell after contact with an opposing player. The situation was examined with VAR, and the judge ruled that there was no penalty.

In the 13th minute Juventus took the lead. Alvaro Morata was brought to a good position, but instead of shooting he decided to pass to Chiesa. The young striker mastered the ball perfectly and scored with a precise shot in the lower left corner. However, Torino equalized in the middle of the first half. Antonio Sanabria took advantage of a rebound in the penalty area and headed the score 1: 1.

In the first minute of the second half, the "bulls" surprisingly took the lead. Antonio Sanabria took advantage of a poor performance of Juve's defense and came face to face with the goalkeeper. He did not hesitate and with a powerful shot sent the ball into the net. A little later, Salvatore Sirigu saved Torino from a goal after a shot by Cristiano Ronaldo with a header.

In the 80th minute, the "old lady" finally reached an equalizing goal. Its author was Cristiano Ronaldo. The Portuguese superstar scored with a header after a cross in the penalty area. The situation was examined with VAR, as there were suspicions of an ambush, but it turned out that there was no ambush and the hit was taken into account. In the 83rd minute, Juventus could have scored a winning goal, but Rodrigo Betancourt's shot was killed by Sirigu.

After the draw, Juventus collected 56 points and ranked fourth in the standings. Torino are on the 17th position with 24.