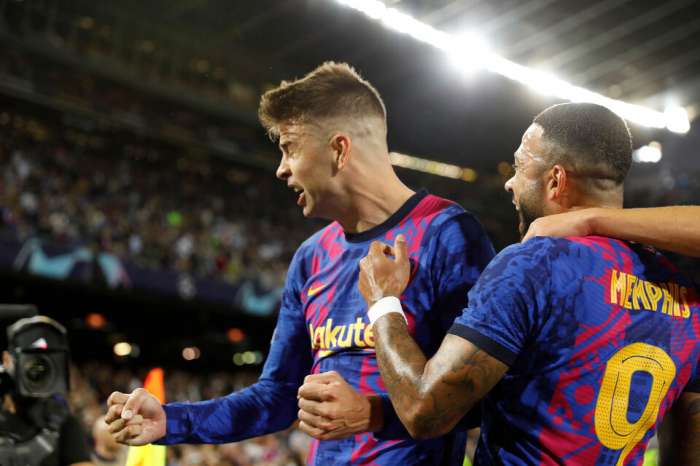 Barcelona had a total advantage against Dynamo Kiev, but prevailed with a minimum of 1: 0 in the match at the "Camp Nou" of Group "E" of the Champions League. The only goal in the match was scored by Gerard Pique. Thus, the Catalans managed to score their first goal this season in the tournament and achieve the first victory in the group.

Barcelona created tension in front of the door of Dynamo Kiev in the 2nd minute, when Serginho Dest shot from a very clear position with his head, but inaccurate in the out.

Barcelona made another very serious mistake in the 19th minute, when after centering in the penalty area of ​​Dinako, Luc de Jong shot with his head, but away from the right pillar of Georgi Bushchan.

Two minutes later, the Catalans made another very big mistake. Luc de Jong had a great opportunity and shot from the edge of Dynamo's penalty area, but goalkeeper Bushchan intervened decisively and took a corner.

Serginho Dest came out alone against Bushchan in the 36th minute and made a very strong shot, but right in the reach of the goalkeeper of Dynamo Kiev, who intervened again and saved.

Barcelona took the lead in the 36th minute, when Jordi Alba centered in the penalty area of ​​Dynamo Kiev, where Gerard Pique was dropped and scored the ball in the door of Bush.

Barcelona made a striking mistake in the 53rd minute. Goalkeeper Bushchan made a very serious mistake and lost the ball in front of his goal line. Memphis Depay passed to Ansu Fati, who instead of passing decided to shoot a trick with his back to the door of Dynamo Kiev, but sent the ball out.

Filipe Coutinho had a good opportunity in the 71st minute, and he shot, but over the crossbar in the out. Seven minutes later, the Brazilian made another dangerous shot from a serious distance, but the ball went to the side of the left pillar of the door of Georgi Bushchan.

Barcelona already has 3 points in its assets, while Dynamo Kiev remains with 1 point. The Ukrainian team has not yet managed to score a goal in the tournament.