Neymar boasted a helicopter for 10 million 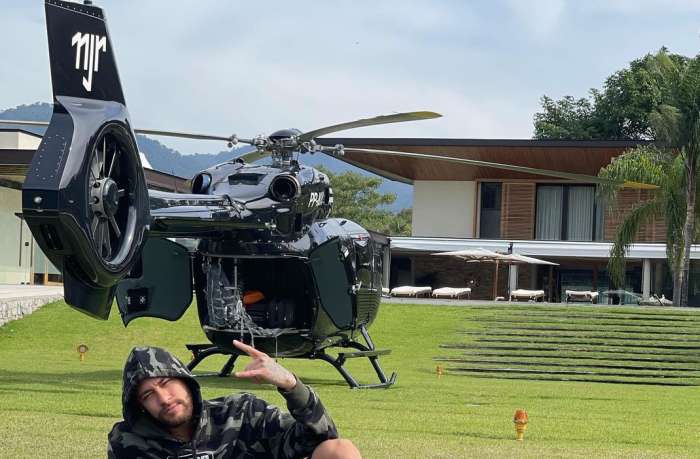 Paris Saint-Germain and Brazil star Neymar has acquired his own state-of-the-art Mercedes helicopter. The 29-year-old footballer boasted about his new toy with a photo on social networks, on which he was sitting at his home in Rio de Janeiro, with the helicopter behind him. It is completely black, with the initials of the star written on it - "NJR".

According to the authoritative German publication "Bild", the price of the helicopter is about 10.5 million dollars. It is a Mercedes brand, model H-145, which is one of the newest and most modern models of the brand. They are not in series production, being made only in special cases. Its design is inspired by the futuristic car of the superhero Batman.

Neymar himself is a big fan of Batman, with tattoos of the "Black Knight".

He is currently resting in his native Brazil after the end of the Copa America in the country. The hosts reached the final of the tournament, where they lost 0: 1 to Argentina at Maracana.