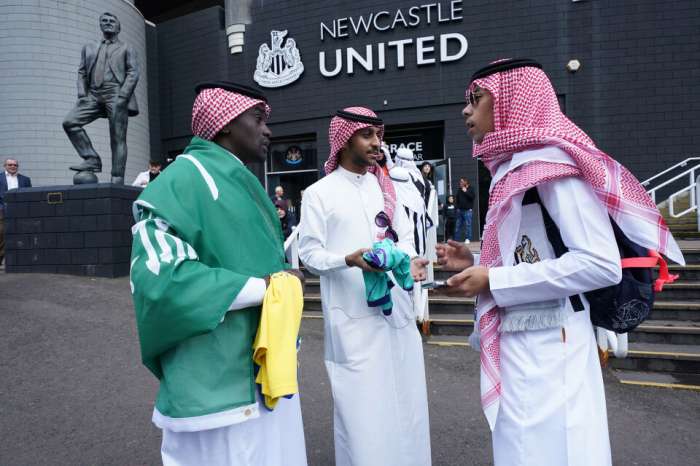 Thousands of Newcastle fans took on the typical Arab look for the first game of the new era of the club "St. James Park" against Tottenham (2: 3) last weekend, creating a spectacle that terrified Kick it Out and influential figures in the FA.

Newcastle fans are forbidden to give themselves their typical Arab appearance, as this is considered racist, offensive or culturally insensitive.