Messi will file a lawsuit against El Mundo 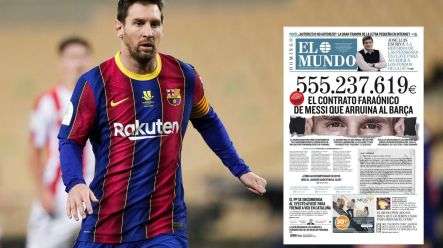 Lionel Messi is upset by the leak of information about his contract with Barcelona, ​​which El Mundo newspaper published this weekend.

Barcelona issued a statement announcing that it would file a lawsuit against the newspaper.

Messi, along with his lawyers, also plans to file a lawsuit, and will also conduct an investigation to determine who is responsible for the leak.

Messi will investigate which people had access to the documents and from whom information may have leaked, as all personal data has been made public. There are no more than four or five people who are aware of this information.

In a statement, Barcelona said it was not responsible for the leak, but Messi's entourage knows that these documents are not available to many people and the Argentine is convinced that the information came from a Catalan club.