Messi was greeted as god on his PSG debut 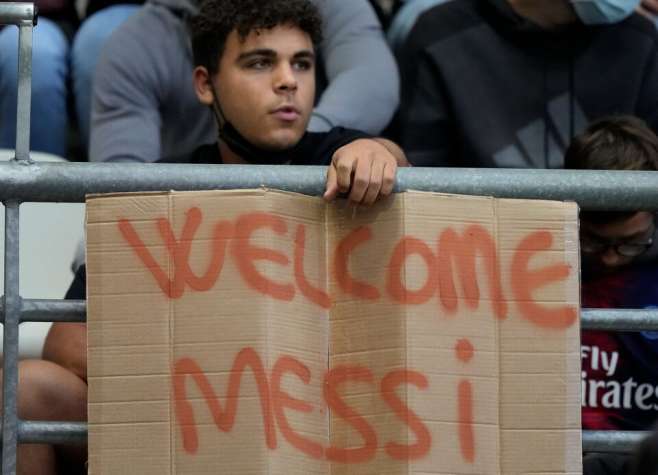 Lionel Messi recorded the first minutes since moving to Paris Saint-Germain in his team's 2-0 victory as a guest of Reims in a match of the fourth round of Ligue 1. The Barcelona legend came into play in the 66th minute, replacing Neymar, while the other blade in the attack of PSG - Killian Mbape became a hero for his team scoring both goals in the match.

The guests from Paris had more control over the ball throughout the match, but did not create very clear positions. They still took the lead after 16 minutes of play. Mbape then scored his second goal with a header since playing for PSG, after a good cross from the right by Angel di Maria.

Three minutes before Messi entered the field, his new teammates made a quick counterattack, in which Ashraf Hakimi was taken all alone on the right wing by Idrissa Thai. The Moroccan centered low in the penalty area, where Mbape intercepted for 2: 0.

As Lionel Messi entered the game, fans in the stands of Auguste Palm began to applaud the Argentine superstar, and even Reims fans began to chant: "Messi, Messi."

In just over 25 minutes of play, one of the superstars of modern football failed to help his team defeat Reims, but instead recorded his first minutes of his career in men's football with a shirt other than Barcelona's. .