Messi: It is very special to be a captain in this team, in which I play all my life 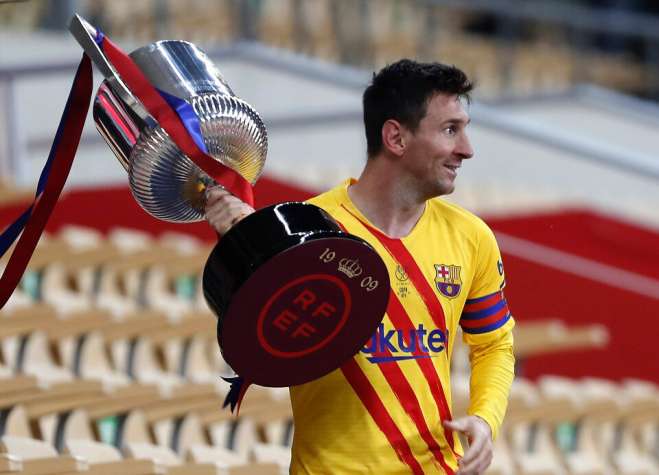 Barcelona won the Copa del Rey after beating Athletic Bilbao 4-0 in the final. Lionel Messi scored two goals for the Catalans and was named the best player in the final.

"The tournament was very difficult for us, we suffered in many matches. It's always nice to lift the trophy, I'm very happy for the team that deserves this joy, "said Messi.

"It's very special to be the captain of this team, in which I play all my life. This is a very special cup, "added the Argentine.

"The year is very difficult and different for us. We are in transition with a lot of young players, the team is getting stronger. We won the cup and we still have our chances in La Liga. "

"In the second half we played patiently and that's why we managed to score these goals. We waited for our moments, "Messi added.