Messi: I came to PSG to win the Champions League again 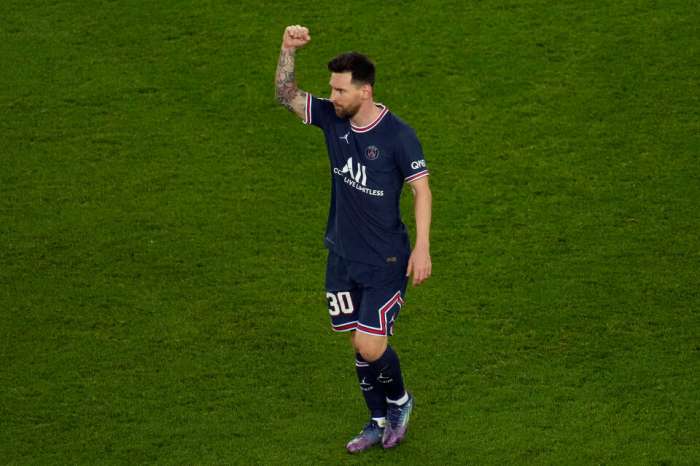 Lionel Messi admitted that he arrived in Paris Saint-Germain to win many more awards and in particular to triumph again in the Champions League.

"Since I arrived, I have the feeling that I have been in the locker room for a long time, because there are many famous people who speak Spanish and make my adaptation much faster, to be honest. I'm getting into the dynamics of the club a little less, because apart from the fact that I've been here for two months, I still don't have many matches to play. I'm still getting used to things, "said Messi.

"The bad moments were in the beginning, when I spent a month and a half in the hotel, and at that moment the boys had already left for school. We were in the center and the traffic was unbearable. It took us an hour to get to school. The children could no longer stand in the hotel. That was difficult. At the same time, we tried to enjoy the experience in the city, to get to know everything, "he added.

"I came to Paris Saint-Germain to continue winning titles. When I decided to come to PSG, that was one of the reasons for that, because there is a great team here that is constantly striving to develop. I came to PSG mostly to win the Champions League again. These are my goals. "

"The truth is that the whole team is spectacular. He made things easier for me. I have a long-term relationship with Ney, we kept talking, even though we didn't play together. Killian and I were weird at first because we didn't know if he was staying or leaving. Fortunately, we get to know each other more, both on and off the field. We understand each other spectacularly. There is a good and healthy group in the locker room. "

"MSN and MNM should not be compared. These are two different tridents. Lewis is another type 9, with different characteristics from Mbape. Lewis is more of a goal scorer, and Killian can kill you with speed, explosiveness. The truth is that in modern football the way of existence of the central striker is changing. It's hard to compare to so many different types of players. I was lucky to be part of this trident of Barcelona, ​​which was wonderful and I hope that with this trident in PSG we can achieve just as much success. "

"The French championship is more physical. There are strong and fast players, as in the Spanish championship, but here it is typical that the lines are divided, the game is played back and forth. In Spain, all teams try to play much more with the ball and can steal the ball from you at any time if you do not have good control. The biggest difference between the two leagues is on a physical level. "

"From my time in Barcelona I got used to having the possession of the ball for almost the whole match. We controlled the pace and the time. Historically, this club is played like that. Today I am adapting to a new club, a new way of playing, a new league. I don't know which is better for me. I try to quickly adapt to what I have today to continue to present myself in the best way and to help. "

"The Champions League is my big goal and that of the club. Paris Saint-Germain has long wanted to win the Champions League. The team has been very close to achieving such success in recent years, but something is missing. We are one of the candidates for the trophy, but not the only one. Everyone talks about PSG because of the players we have, but there are other very good teams that play very hard, such as Manchester City, Bayern Munich, Liverpool, Atletico Madrid, Chelsea ... There are a number of teams that are able to win the championship . The best does not always win because it depends on many details and circumstances. Anything can happen, but we are one of the contenders for the trophy.

"My life in Paris is very different from that in Barcelona. In Casteidefels, everything was easy, close. I took the children to school, he came, I trained, I went to eat, I took the children from school. Today I do not have enough time to pick up the children from school. Personally, I like to be at home. I didn't go out that much in Barcelona either. For the children and Antonella, this was a very big change, because they lived on the street, with their friends, doing things. Now they are making new friends and adapting to the city. I think the change was the biggest for them, "said Lionel Messi.