Messi before a new ten-year contract with Barcelona, ​​his father liked the conditions 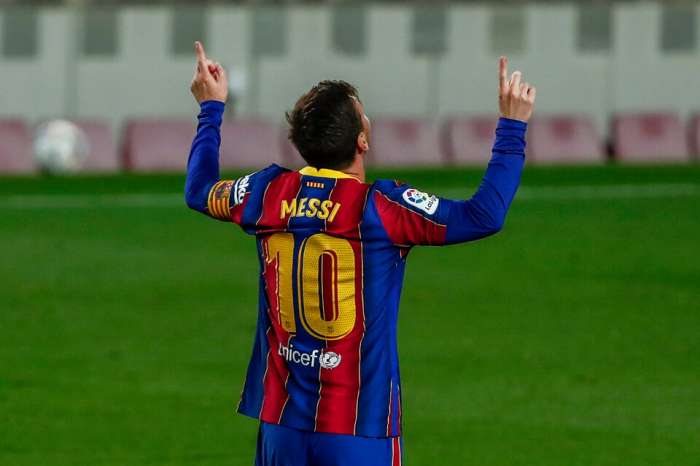 Lionel Messi is very likely to sign a new ten-year contract with Barcelona, ​​TV3 reports. According to the information, the president of the club Joan Laporta had a meeting with the father of the player Jorge, where he presented the conditions that the Catalans can offer to the Argentine superstar.

Laporta has offered Messi a ten-year contract, and initially the player's salary will be significantly reduced until the effects of the COVID-19 pandemic are over. Jorge Messi has told the president of Barcelona that halving his salary is not a problem for his son.

Laporta's idea is to bind Messi with a ten-year contract. Two of them to be as a player, then to work in a specific position in the club.

Messi will stay in Barcelona for another two years, which will allow him to be in top shape for the 2022 World Cup in Qatar.

After these two years, the Argentine is expected to go to the United States to wear David Beckham's Inter Miami shirt in the MLS. However, Messi will continue to work for Barcelona as ambassador to the United States. The other option is for Messi to end his career at Newell's Old Boys.

After ending his career, Messi will return to work in Barcelona and fulfill his contract with the club.

Messi is ready to reduce his salary by 50%, but Barcelona will have to meet several conditions. The six-time Golden Ball winner has set a condition for the new president of Barça, Joan Laporta, to attract strong new additions during the summer transfer window in order to raise the class of the team.

Messi, 33, has spent his entire career at the club, arriving from Argentina at the age of 13 and enrolled in a school in Barcelona. The Argentine is a record holder in Golden Ball awards - six times, and four times led Barça to the Champions League title.

He has been Spanish champion ten times, lifted the King's Cup over his head six times and won the Super Cup eight times. He became an intercontinental champion with the team three times, and also took the European Super Cup. Messi is an Olympic champion and world runner-up with the national team of Argentina.

Messi shocked the football world last summer when he officially expressed his desire to leave his home club, but was eventually forced by the management to stay until the end of his contract due to a record penalty. The current contract of the Argentine national team with Barcelona expires in two months, and it is still unclear whether he will sign a new one or move to another team as a free agent.

While this is undoubtedly good news for Laporte, he will face a serious challenge due to the club's severe financial problems. Barcelona's debt has risen to more than 1.1 billion euros, and Messi's salary is a major item in the spending budget. The Catalans had hoped to improve their financial situation with the promised 350 million euros from the European Super League, but after the failure of this plan, the club is unlikely to have enough funds for major transfers this summer.