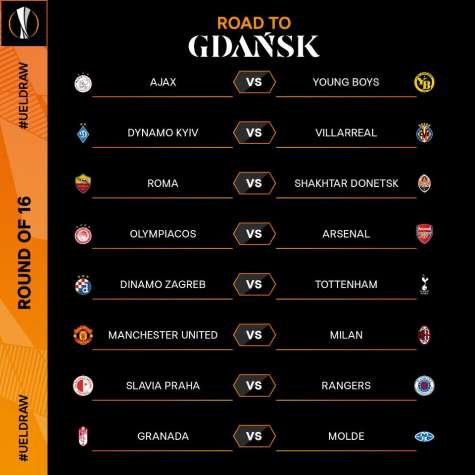 Manchester United - AC Milan is the big clash in the round of 16 of the Europa League. This determined the draw at UEFA headquarters in Nyon. The first match at Old Trafford will be on Thursday, March 11, and the rematch - a week later, on March 18 at the San Siro.

These dates apply to all other matches of the round of 16. In other curious clashes, Olympiacos will play Arsenal and Roma will face Shakhtar Donetsk. The draw was drawn by former Swiss international and Young Boys and Basel player Hakan Yakin.

Here are all the pairs: