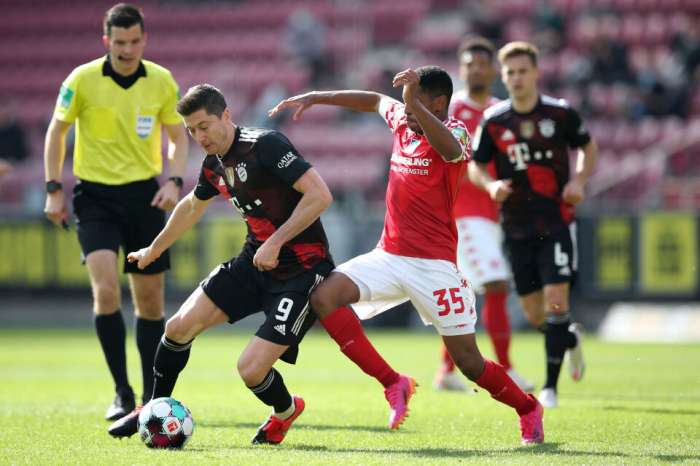 Bayern Munich lost their visit to Mainz with 1: 2 and failed to become champions in the 31st round of the Bundesliga. Jonathan Burkhart and Robin Quisson were right about the success of the hosts. The goal for the Bavarians was the work of Robert Lewandowski, who returned after an injury and scored in the last seconds of the match.

The Bavarians are leaders in the standings with 71 points. Mainz has an asset of 34 points and ranks 11th.

The hosts opened the score in the 3rd minute, when Burkhart shot in the range of Manuel Neuer and the guard of the European champion deflected the ball in his door for 1: 0.

In the 10th minute the ball bounced in the body of Leon Goretzka, but this time Neuer managed and hit the side post.

Five minutes later, Robert Lewandowski found himself alone against the goalkeeper of Mainz, but shot over the door. In the counterattack, Robin Quisson was turned down by Neuer. In the 18th minute, Danny da Costa's cross diverted from the body of a Bayern player and met the crossbar again.

In the 37th minute the hosts doubled their lead. Quisson intercepted Mvene's cross with his head from a direct free kick.

In the fifth minute of added time Lewandowski took advantage of a mistake in the defense of Mainz, found himself in a shooting position and did not make a mistake for the final 1: 2.