Liverpool with a breath of fresh air in Sheffield 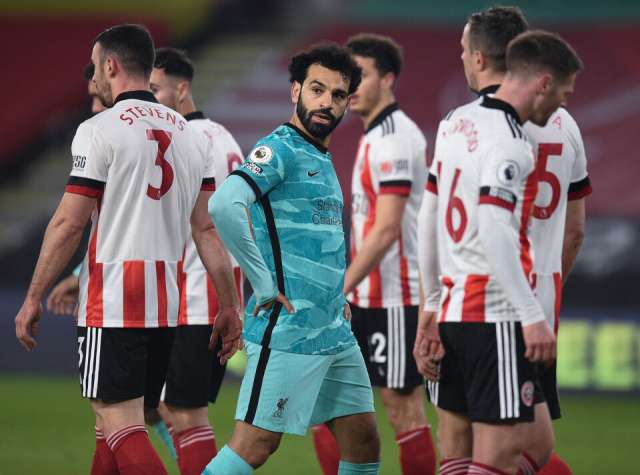 Liverpool won 2-0 away to Sheffield United and took a breath after the negative results recently. Goals for Jurgen Klopp's team were scored by Curtis Jones and Roberto Firmino in the second half. With this victory, the "reds" collected 43 points, but are still in sixth place. However, they broke a four-game losing streak in the Premier League. Sheffield's situation seems increasingly hopeless. The team is last with 11 points - 15 from the rescue zone.

The guests from Liverpool started the match very actively. Roberto Firmino found himself alone against goalkeeper Ramsdale at the beginning of the match, but the guard saved his shot. Shortly afterwards, Mohamed Salah also missed a good position. The Sheffield home goalkeeper continued to work wonders of courage and seemed to have locked his door. Jurgen Klopp's team never managed to hit the target in the first half.

Liverpool finally managed to score. This happened in the 48th minute. Then Trend-Alexander Arnold centered on the right flank. Mohamed Salah failed to make a shot, but the ball ended up in Curtis Jones, who from the penalty spot managed to put the ball into the net of Adam Ramsdale.

The Reds calmed things down in the 65th minute. Then Robeto Firmino made double passes with Curtis Jones and Sadio Mane. Then the Brazilian decided to make a shot, which ricocheted into a Sheffield defender and deceived the goalkeeper and flew into the net for 2-0. In the 79th minute Liverpool could have made their success a classic, but Mohamed Salah failed to realize a unique position on an empty net.