Liverpool suffered their third home loss for the first time in 58 years. 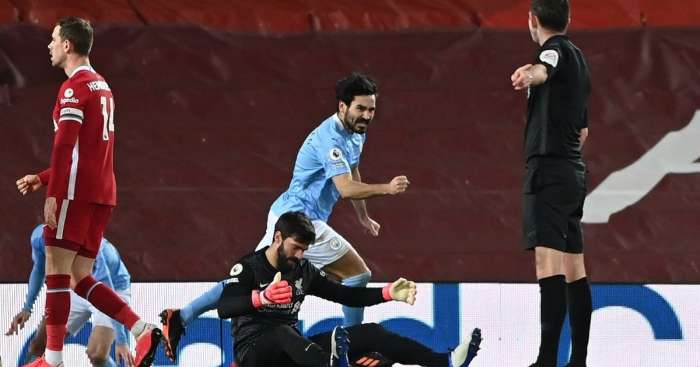 Liverpool manager Jurgen Klopp said that the team made two very big mistakes, which proved to be decisive in the loss to Manchester City.

Liverpool suffered their third home loss for the first time in 58 years.

After 23 games this season, Liverpool (40 points) now have 27 points less than at the same stage last season (67), the biggest drop of any reigning champion at this stage of the campaign in Premier League history.

"Much of the game was brilliant on our part. I see in your eyes that you think differently. I really liked how we played. We played really good football in the first half. In the second half, Manchester City slightly changed its system of play. We had to adapt faster and we would be in the game again, but at the beginning of the second half we conceded the first goal ", Klopp commented.

"We gave them too many opportunities. They scored this goal, but we managed to equalize. We were good again, but then we made two very big mistakes that are clear. At 1: 3 at this level it is difficult to achieve a turnaround. Then Foden played the situation brilliantly for the fourth goal, "he added.

"It's true that we didn't give Alison a lot of opportunities, especially in the first situation. For the second one, he may have had cold feet, it sounds ridiculous, but ... He saved our lives many times, but he made mistakes tonight.

"We will try everything in the fight for the top 4. There are enough matches that we will play. We have to secure our place in the top 4, but we have to win, "said Jurgen Klopp.