Liverpool beat Arsenal and finished fifth in the Premier League 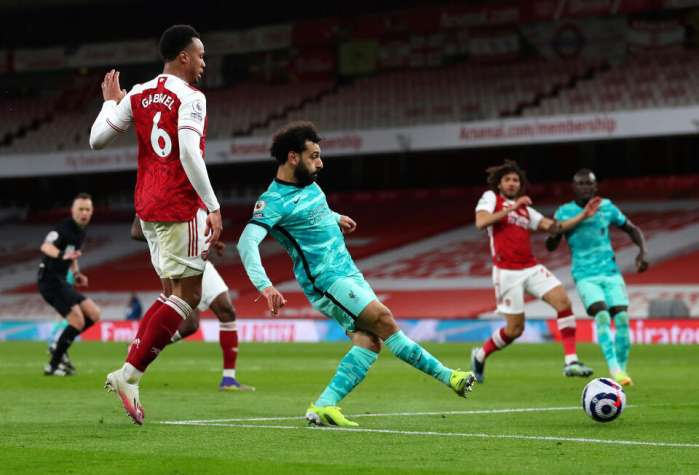 Liverpool beat Arsenal 3-0 in the derby between the two teams from the 30th round of the Premier League, thus coming out in fifth place in the standings. Striker Diogo Jota, who scored two goals, became a hero for the Merseysiders. One added the star of the team Mohamed Salah.

The first half of the match was very contested, as both teams tried to create something more dangerous in front of the opponent's goal, but the situation was missing. In the 35th minute James Milner found himself in a good position and shot from the edge of the penalty area, but the ball went past the left side post.

In the middle of the second half, Liverpool finally reached a goal. Trent Alexander-Arnold centered very well in the penalty area, where Diogo Jota from close range sent the ball into the home net. In the 68th minute, "Merseyside" scored a second goal. Mohamed Salah made an excellent solo breakthrough and entered the penalty area of ​​the "gunners", making a score in the middle of the door 2: 0.

Shortly before the end of the match, Liverpool scored a third goal. It was the work of Diogo Jota, who took advantage of a good pass from Sadio Mane. In the final moments of the match, the Senegalese could have scored a fourth goal, but Bernd Leno saved.

After the victory, Liverpool collected 49 points and came in fifth place in the standings. So is the sixth West Ham. Arsenal are ninth with 42.