Lille took the derby with PSG, Neymar with a red card 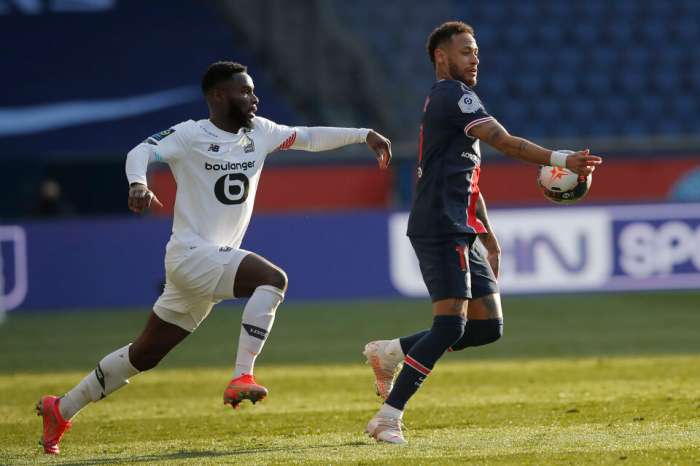 Lille won the derby with Paris Saint-Germain at the top of the standings in the French Ligue 1. The match ended with minimal success with 1: 0 for the "dogs", and the only goal was the work of Jonathan David. The two teams ended the match in a reduced squad, after the star of PSG Neymar was sent off in the 90th minute for a second yellow card, and a little later the same fate befell Thiago Jalo from Lille.

PSG created the first danger in the match, as in the 15th minute Killian Mbape was brought to a good position, but his shot in the lower right corner was deflected by Mike Maynan. Only 5 later Lil took the lead. Icons found Jonathan David on the edge of the penalty area, he shot as the ball bounced into the body of a defender and left no chance for Keylor Navas to react.

In the 55th minute Neymar burst into the penalty area of ​​Lille and fell, but the referee ruled that there was no violation. Shortly before the end of the match, the guests were close to a second goal after a shot by Burak Yilmaz. However, Keylor Navas demonstrated a great reflex and saved. In the 90th minute, PSG was left with one less man on the field after Neymar received a second yellow card from Benoit Bastien. Two minutes before the final referee signal, Lil remained in the reduced squad. Thiago Jalo committed a foul, which forced the referee to show him a second yellow card.

After the victory, Lille climbed to first place in the standings with 66 points. Second is the team of Parisians with 63.