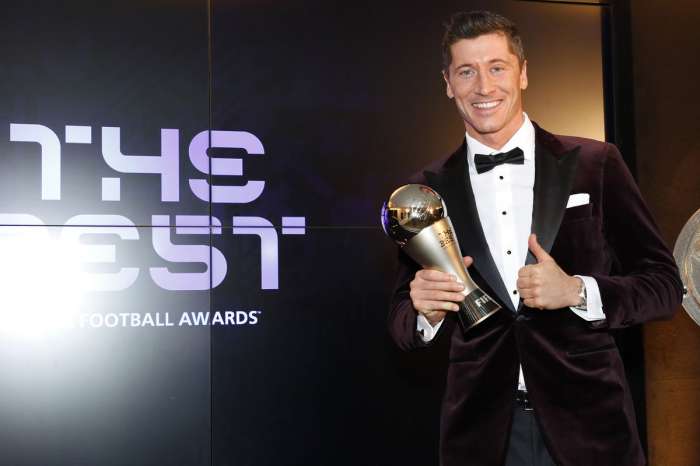 Bayern Munich striker Robert Lewandowski has received FIFA's Best of the Year award for the second time in a row. He won the award, leaving behind the stars of Paris Saint-Germain and Liverpool - Lionel Messi and Mohamed Salah.

Lewandowski received his award in the company of Bayern directors Oliver Kahn and Hassan Salihamidzic, as well as Bavarian coach Julian Nagelsman.

Chelsea manager Thomas Tuchel has been named the "Best Coach" for men. The "Blues" have a double reason to be proud after his colleague, who leads the women's team of Londoners - Emma Hayes, triumphed among the ladies.

The prize for "Fairplay" was given to the Danish medical team, which managed to save the life of Christian Eriksen, who received a cardiac arrest during the match of the European Championship between "Red Dynamite" and Finland.

The "Pushkash" award for the most beautiful goal went to Eric Lamela for his great goal in the style of "Rabona", which he scored with Tottenham against Arsenal.

Chelsea goalkeeper Edouard Mendy was named the "Best Goalkeeper" for men. Among the ladies for №1 was chosen Christiane Endler from Olympique Lyonnais.

Here are all the nominees in the different categories: