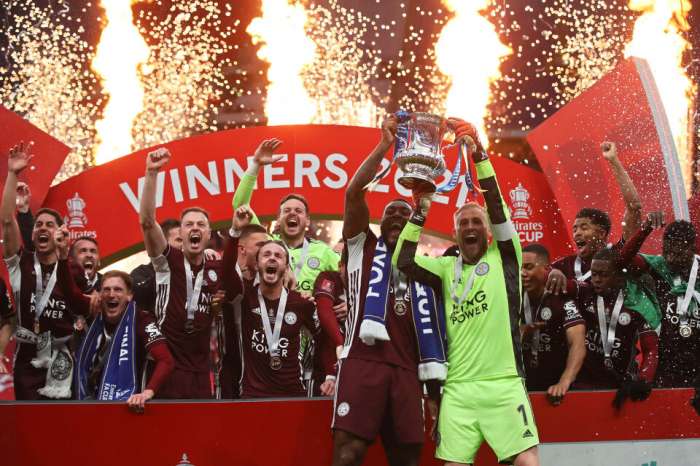 Leicester won the FA Cup for the first time in its history. The Foxes beat Chelsea 1-0 in the Wembley final, and Yuri Tillemans scored a spectacular goal.

After the match, there was a big celebration for the players of Leicester, who wrote a new page in the history of the club, after the trophy for the FA Cup was in their shop window for the first time.

After the match, the Leicester player Daniel Amarty showed great disrespect to the rival Chelsea, after throwing the flag of the London team on the ground.

The 26-year-old footballer will certainly not be well received by Chelsea fans after this act of disrespect.

Amarty arrived in Leicester in January 2016 from Copenhagen and was part of the team that won the Premier League title.

He is now part of the team that rewrote the history of the club.