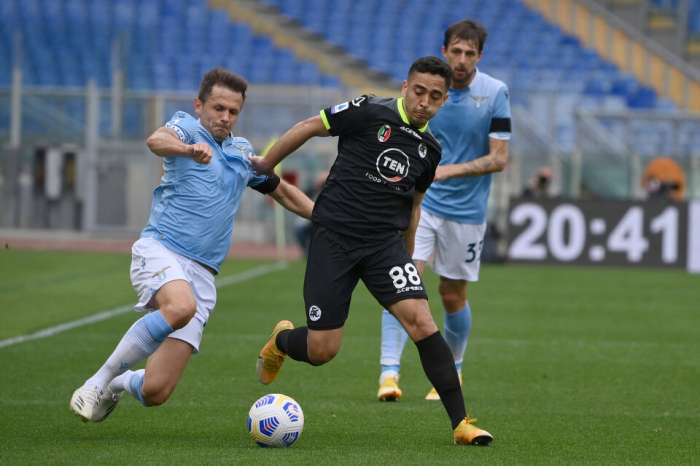 Lazio beat Spezia very hard with 2: 1 in a match of the 29th round of Serie A. The goals for Sofia were scored by Lazari and Caicedo, who scored from a penalty. For Spezia, Verde was right. The Eagles finished the match with 9 people on the field, after the final minutes Lazari and Korea were sent off.

In the group of Spezia for the visit of Lazio was also the Bulgarian national Andrey Galabinov, who, however, did not appear in the game.

In the first half, both teams tried more to defend and never managed to create something memorable in front of the opponent's door. In the 56th minute Lazio took the lead. Manuel Lazari perfectly mastered a ball on the edge of the penalty area and with a powerful shot in the lower right corner sent it into the visitors' net.

In the 73rd minute Spezia reached an equalizer. It was the work of Daniele Verdi, who scored with an acrobatic stroke. Two minutes before the end of regular time, the hosts were given the right to take a penalty. It was given to play with the hand of a football player of the guests in the penalty area. Felipe Caicedo took the lead, who did not make a mistake and made the score 2: 1.

In the final moments of the match, the players of both teams got quite nervous, as the referee expelled Lazio players Manuel Lazari and Joaquin Correa. The first was sent to the showers with a direct red card for a foul, while his teammate received a second yellow card just a minute later and also had to leave the field.

After its success, Lazio collected 52 points and is in sixth place in the standings. Spice are 16th with 29.