Juventus triumphed with the Italian Cup 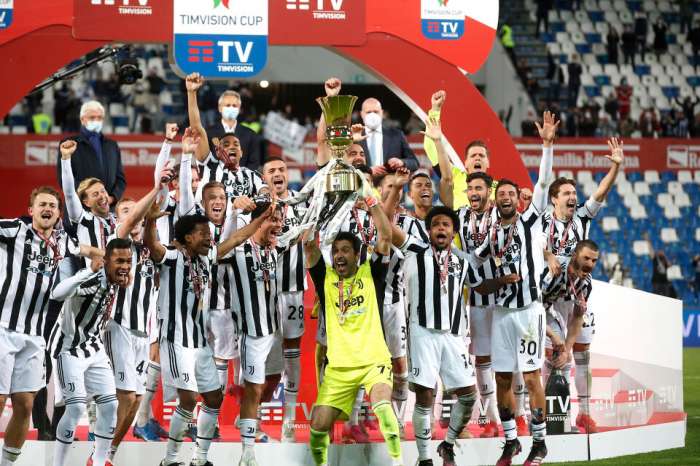 Juventus won the Italian Cup. The Old Lady won the final 2-1 against Atalanta. The goals for Andrea Pirlo's team were scored by Deyan Kulushevski and Federico Chiesa. Ruslan Malinovski equalized between them. This is the 14th record cup for Juventus in this tournament.

The Old Lady scored the first goal in the 31st minute. Then Cristiano Ronaldo received in the penalty area, but failed to handle the ball well and fell to the ground. But the most resourceful was Western McKenna, who took the ball and returned it to Dejan Kulushevski, who with a beautiful diagonal shot left no chances for the goalkeeper.

Atalanta managed to equalize. 10 minutes later, after a mistake by Juve's players, Froyler took and passed for Hatebour. He continued to Malinowski in front of the penalty area, and he scored with a strong shot for 1: 1.

In the second half, Juventus was more active on the field. In the 73rd minute Federico Chiesa made a double pass with Kulushevski. The first found himself in the penalty area and remained face to face with the goalkeeper did not make a mistake and made 2: 1.