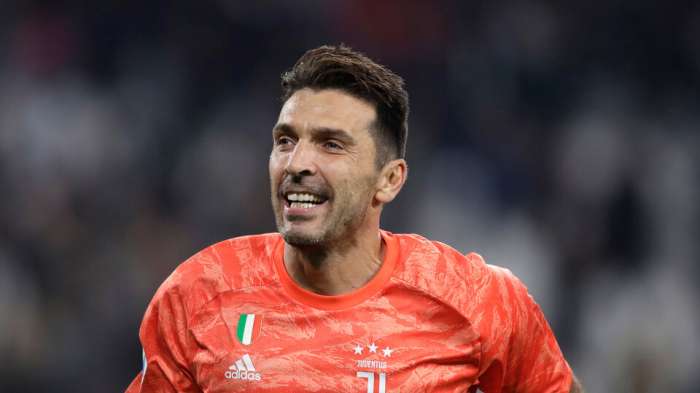 The management of Juventus intends to offer a new contract to veteran Gianluigi Buffon. This was announced by the sports journalist from Gazzetta dello Sport Niccolo Shira. According to him, the bosses of the "old lady" will reward the guard with a new contract, which will last until the summer of 2022.

Gigi's current contract expires this summer, and for now the 43-year-old goalkeeper gives no indication that he intends to end his career. Juventus hope Buffon will re-sign his contract and next year improve the record of his colleague Marco Balota for the oldest football player who took part in an official match in Serie A. The former guard last came out on the field at the age of 44 years 1 month and 8 days.

This season, Buffon has played 9 games - four in Serie A and the Italian Cup, as well as one in the Champions League. He allowed a total of 5 hits in them.