Inter took its seventh consecutive Serie A victory over Atalanta 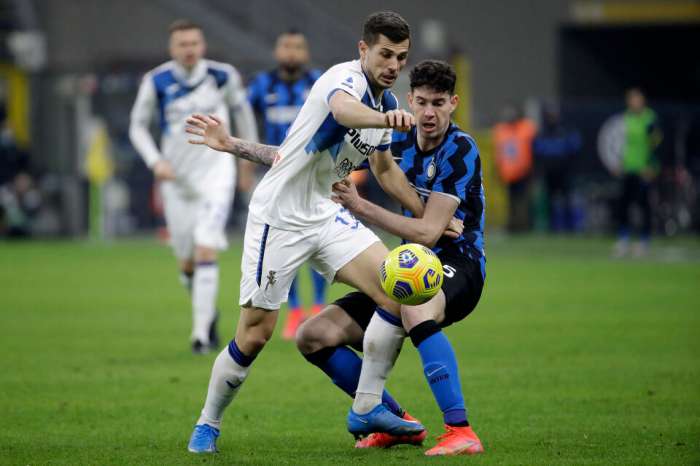 Inter took their seventh consecutive victory in Serie A, after winning 1-0 over Atalanta. The only goal in the match fell at the beginning of the second half and was the work of Milan Skrinyar. Thanks to the victory, Inter already has 62 points and continues to be in first place in the standings - 6 ahead of second-placed Milan. Atalanta are fifth with 49.

The first half was quite contested, as the two teams exchanged several dangerous positions, but no goal was scored. In the 40th minute Atalanta was very close to scoring, but the shot of Duvan Zapata fell right into the hands of Samir Handanovic.

After the break, Inter pressed their opponent and in the 54th minute reached a goal. Milan Škrinjar took advantage of a rebound in the penalty area and with an accurate shot in the bottom left corner made the score 1: 0. A little later, Duvan Zapata took advantage of a good pass near the door and shot, but the ball flew past the left side post.

In the 85th minute Mario Pasalic could have equalized, he took advantage of a very good cross, but his shot from close range was not accurate enough and went past the right crossbar.