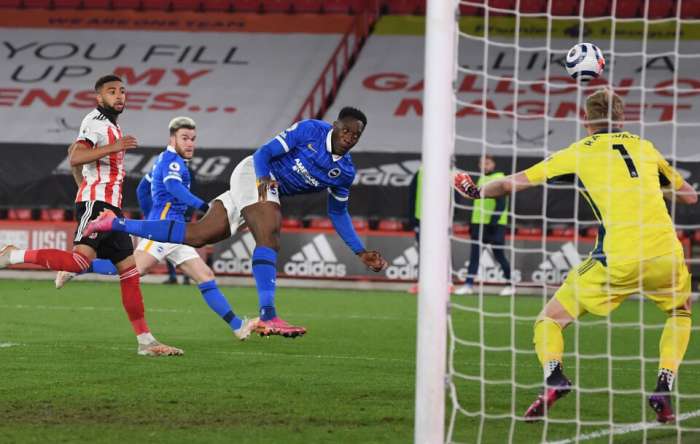 For the fifth time this season, Sheffield United managed to win a match in the Premier League. The team, which has already dropped out of the elite, beat Brighton 1-0, which complicated the situation with the "seagulls", which are also in danger of relegation.

The only goal of the match fell in the 19th minute, when David McGoldrick got to the rebound and slipped it into the opponent's goal.

Before the goal, the guests could be the first to score a goal. Neal Mope received the ball in the penalty area and had enough time to process it, but his shot was saved by Aaron Ramsdale.

After the goal, until the end of the first half, both teams did not create any goal positions.

In the 54th minute Neal Mope had another chance to score. The player received a clever pass and shot from a distance, but Rumsdale again saved his goal dry.

In the 56th minute, the guests still scored a goal. Adam Webster passed to Jakub Moder, who shot and put her in the net. After considering the situation with the VAR system, however, the goal was not counted due to an ambush.

In the 72nd minute Brighton missed another good opportunity. Neal Mope received from Alireza Jahanbaksh, but shot over the crossbar.