Guardiola: Winning four trophies this season is not a realistic goal 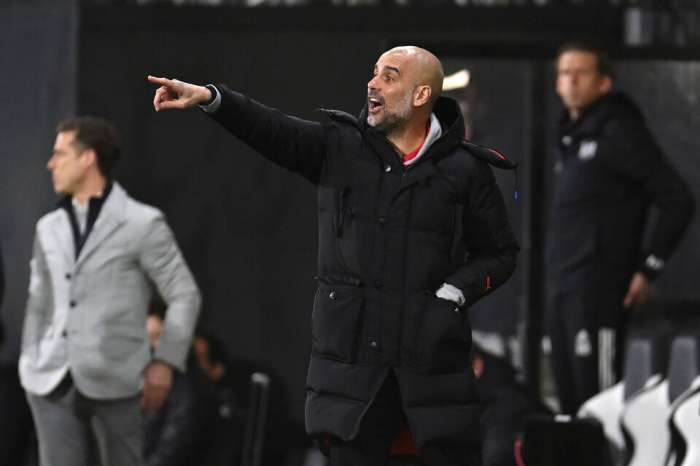 Manchester City manager Josep Guardiola does not think winning four trophies this season is a realistic goal for the team. So far in history there is no English club that has won a title, FA Cup, League Cup and European trophy, but the "citizens" remain in the battle on all fronts.

Manchester City are close to the quarter-finals of the Champions League after a 2-0 victory over Borussia Mönchengladbach in the first round of the Pushka Arena in Budapest two weeks ago. The rematch will also be played in the Hungarian capital due to restrictions on the pandemic.

"Four titles have never been won by an English team in one season and I don't think that will happen this year given the global situation," said Guardiola, whose team is the first Englishman in history to play at home in the 2018 season. / 2019.

The other team from the city - Manchester United, is the only English team that won a treble with the Eurocup - the Champions League, title and FA Cup in the 1998/99 season.

"The only thing that interests me is the upcoming match and the next one against Everton. I don't know what will happen at the end of the season. At the moment, the Manchester City team is weaker than previous seasons because the current team has not won anything yet. it has to be proven, "Guardiola added.

Manchester City did not concede a goal in 616 minutes in the Champions League, with six consecutive dry nets, but Guardiola warned his players that they may have problems against the strong team of Gladbach.

"Dry nets are important in all tournaments. It's good, but it doesn't mean we won't concede a goal tomorrow. Every game is different, it's important to minimize mistakes. I have great respect for Gladbach. They have strengths and they know how to do them. use, "said Josep Guardiola.