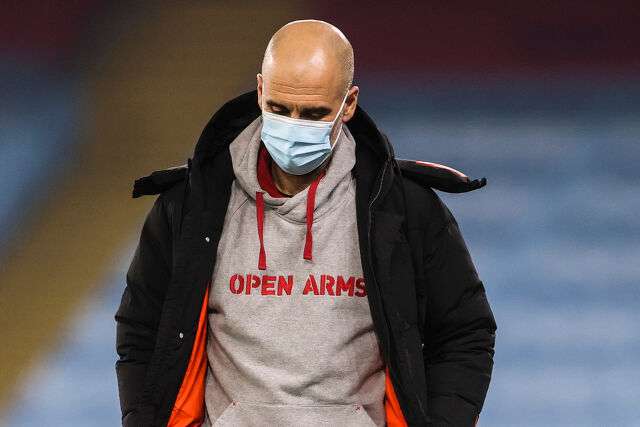 Manchester City manager Pep Guardiola believes that city rival Manchester United can still win the Premier League title this season. The Red Devils beat the Etihad 2-0 on Sunday to end the winning streak of 21 games, but are still 11 points behind the top-ranked opponent.

Ole Gunnar Solskyar does not think that the chances of his team to overtake City at the end of the season are great, but his Spanish colleague is of a different opinion. Asked if he thought United could still win the League, the City's coach said: "Yes, of course. When the option is open, anything can happen in football. Nobody thought we could win 21 consecutive games or 15 consecutive Premier League games, so anything is possible. I absolutely agree. For teams like United, they can do it. There are ten more rounds until the end and we will have to win six or seven games to be mathematical champions, "Pep began.

United won three consecutive away games against City in all competitions for the first time in a series of four consecutive matches between November 1993 and November 2000. The result extended the disappointing record for Guardiola in the Manchester derby at home. Among the managers he has faced more than three times in all competitions, Solskjar is the only one to beat the Spaniard more than he has lost - 4 to 3. Regarding the reaction of his players after Sunday's defeat, Guardiola said:

"It was a mixture of disappointment and sadness. The second day was a little better and today they were fully motivated to play a strong match against Southampton. It is normal to lose a match. I think everyone realized how difficult it is to win matches all the time. United are a top team and a top club with a good manager and good players, so it can happen. In the Premier League it is always complicated and difficult. We still have a lot of work to do. We continue in all tournaments, we have a guaranteed final, and now comes the most important part of the season, "he concluded. / BGNES