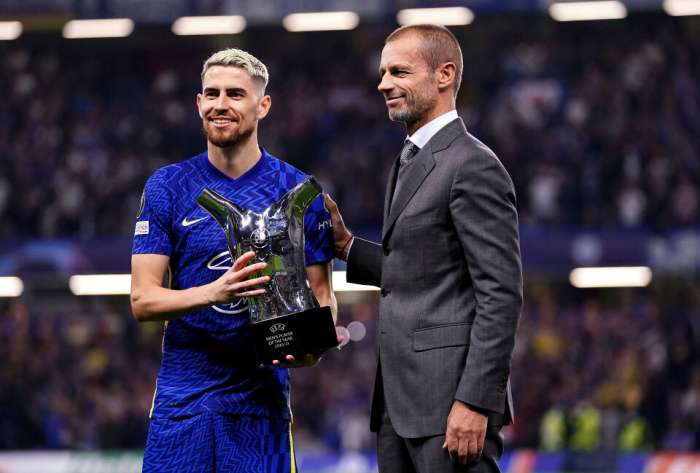 Chelsea midfielder Jorgeninho has been awarded the UEFA Player of the Year statuette. The president of the European football headquarters Alexander Cheferin personally handed it to him before the first referee signal of the match between the Londoners and Zenit. The Blues successfully started the defense of their trophy in the Champions League after a 1-0 victory against the Russian team. The only goal of the match was scored by Romelu Lukaku in the second half.

The Italian national was named UEFA Player of the Year in late August. He became only the second player, other than Lionel Messi and Cristiano Ronaldo, to win the prize since 2008.

The 29-year-old is enjoying a sensational season in Europe and has played an important role in helping Chelsea win the Champions League trophy. He won the individual prize in the competition of his teammate N'Golo Cante and Kevin De Bruyne from Manchester City.