France is the current world football champion. The team has not changed and it is normal to be among the big favorites to win the upcoming European Football Championship. Didier Deschamps' team won the 2018 World Cup in Russia, after a 4-2 victory over Croatia in the final. This generation of France has already conquered the highest peak in football, but whether this is all or they will conquer more peaks. Given how many young and talented players the "cocks" have, it will definitely not be a surprise if the team also wins Euro 2021. However, not to put the fish in the pan in advance, because the group is hellishly difficult. Mbape and company will have to face the current European champion - Portugal and the German team. The German machine is the best performing team on this forum - the only three-time champion. The last rival will be announced on March 31. The teams of Iceland, Romania, Hungary and Bulgaria are fighting for this place.

See our analysis for the French team for the postponed European Championship and how far we think they will go.

France is a two-time European champion in its history. This first happened in 1984, when Michel Platini competed in the team. The second success, some of you may remember, was in 2000 after an incredible turnaround in overtime against Italy. Squadra Azzurri took the lead shortly after the start of the second half with a goal by Delvecchio. The coach of France makes two changes that turn the game around. Sylvain Wiltor and David Trezeguet enter the field, first Wiltor equalizing in the continuation of the match, and then Trezeguet scored in the 103rd minute with a golden goal, winning the match. Thus, two reserves carry France's second European title. At the last European Championship, hosted by France, the team reached the final, but lost a little surprisingly to Portugal 0: 1. In 2012, in Poland and Ukraine, the "blues" were eliminated in the quarterfinals, and 4 years before they were eliminated in the group stage. France has played a total of 39 matches in the Euro finals and has a positive balance of 20 wins, 9 draws and 10 losses.

The French team qualified as the winner in Group F of the qualifications for Euro 2021. At first glance, the boys of Deschamps ranked first with 8 wins, but lost to the team in second place - Turkey and finished with only two points more. The Blues recorded 8 wins, 1 draw and 1 loss in their 10 qualifying matches, scoring 25 goals and receiving 6. In third place, 6 points from France finished the team of Iceland, which will have to go through the playoffs to qualify for the finals.

France is in Group F of Euro 2021 with the teams of Germany, Portugal and the Winner of the playoffs A (D).

The composition of France for Euro 2021

France has an amazing football generation and Didier Deschamps and the coach has a difficult choice of which 23 to call among so many good players. At the door is the experienced Hugo Lloris, who is also captain of France and his club team - Tottenham Hotspurs. Choose number two is Alfonso Areola. In defense, the Roosters are led by Rafael Varane, Clement Lengle and Luca Hernandez. All three play in one of the greats of Europe, respectively - Real Madrid, Barcelona and Bayern Munich. This shows the incredible quality of the French defense and how difficult it will be to choose Deschamps, because the other options are also quite classy: Luca Dean, Benjamin Mendi, Presnel Kimbepmbe, Benjamin Pavar and others. Ngolo Cante, Paul Pogba, Bless Matuidi and Musa Sissoko will most likely play in the middle of the field, but also options are Corentin Tolisso and Stephen Nzonzi. Didier Deschamps has the biggest problem deciding which players to vote of confidence in an attack, because there the choice is more than rich. The Roosters have an atomic attack composed only of classy strikers such as Killian Mbape, Antoine Griezmann, Kingsley Coman, Anthony Martial, Olivier Giroud, Ben Yeder and Thomas Lemaire.

The final team of France has not been announced yet, but as soon as it becomes available, we will publish the 23 selected players of Didier Deschamps. 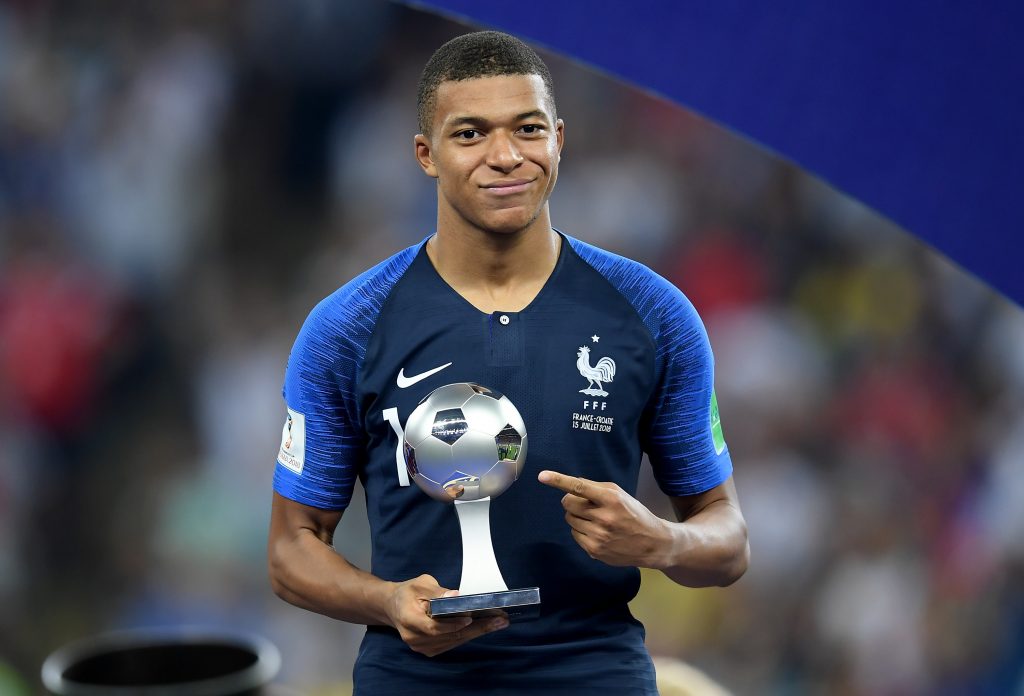 The grandfather of the miracle of French football - Killian Mbape, he is the biggest star of France at the moment and the fans of the team hope that he will lead the team to a third European title. The 21-year-old has 13 goals in 34 games for the national team. He broke record after record in world football and what else will he offer us at Euro 2021. Mbape is extremely fast, has incredible technique and a precise finishing shot. He won the trophy for best young player at the 2018 World Cup in Russia. He now has even more experience, despite his fragile age of 21, and his game will be crucial to France's performance at the European Championships this summer. Why not distort what he did at the World Cup now and lead France to the gold medals of Euro 2021.

Prediction: how far will France go?

Our expectations are that the French team will become the winner in this heavy group. Although there are rivals like Germany and Portugal, the French have a very talented generation and are in better shape than the others. The match with the Bundesliga will be difficult, as it will be held in Munich, but France will not lose its opening match against the selection of Joachim Loew. The second match of the roosters is against the winner of the playoffs, in which Bulgaria will also play. Whichever team qualifies is unlikely to make it difficult for Deschamps' boys in particular. In the last match, France faces Portugal, which is the current European champion. The French have to take revenge on Ronaldo and company for the lost final four years ago in Paris.

In our opinion, France will have no problem to pass the group and is also our favorite to win the tournament. Deschamps has the highest quality footballer and each post has several options.

As we have already mentioned in our other reviews, this is the "death group", but we think that France will easily go through the 1/8 finals. In such a difficult group, it is difficult to predict which two teams will continue in the next phase, but it will be a big surprise if the "cocks" are not one of these teams. However, let us recall 2002, when France dropped out of the World Cup groups in South Africa. 4 years earlier the team had triumphed in France 98 '. Bookmakers put France in 3rd place as a likely winner of Euro 2021. For us personally, the "cocks" are the number one favorite.

For lovers of bets in the future, we offer the current odds for France: