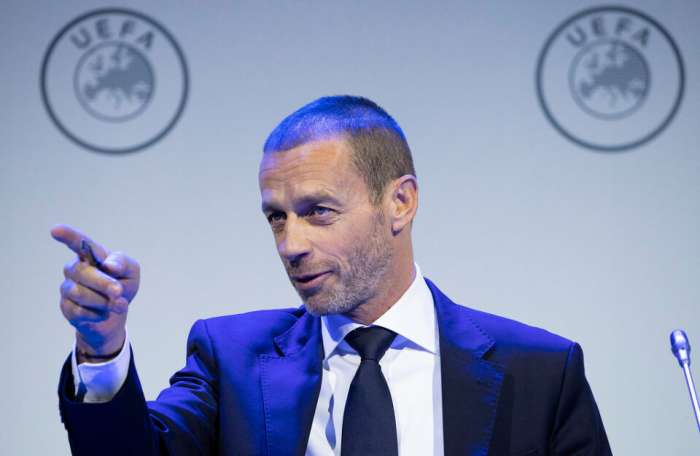 Some of the host cities of Euro 2020 this summer may drop out of the accounts if they cannot guarantee the presence of supporters at the stadiums, said UEFA President Alexander Cheferin.

The European football headquarters intends to hold the tournament, which was postponed for a year due to the coronavirus pandemic, in 12 European cities. However, the mutations of the virus and the different restrictions in each country mean that it is unclear whether there will be fans to attend the matches in the 12 cities when the race starts in June. Football continues to be played indoors in Europe, but Cheferin said: "We have several scenarios, but the only guarantee we can make is that there is no option to hold a Euro 2020 match without an audience. Every host has to guarantee fans in the stadiums. "

UEFA has also rejected rumors that it will postpone its decision on which of the 12 cities will remain hosts, saying that the deadline for cities to submit plans for the number of fans in the stands remains April 7. The European Central Committee's executive committee will meet on 19 April before the UEFA Congress a day later, where a final decision will be taken on the host cities. "We have set a deadline of April 20 for a final decision on the European Championship. The ideal scenario is to play the tournament in the original 12 stadiums, but if this is not possible we will continue in 10 or 11 countries, if there are those who can not meet the required conditions, "added Cheferin.

Earlier, information suggested that Glasgow and Dublin would drop out of the 12 hosts due to fears that local governments would not allow fans in the stadiums. The Scottish Government has responded by planning to hold matches in Glasgow. The Prime Minister of the United Kingdom Boris Johnson has previously stated that the United Kingdom is ready to host additional matches if one of the hosts is eliminated. However, the Football Association said it did not intend to host additional matches to the seven that will be played at Wembley, including the two semi-finals and the final.