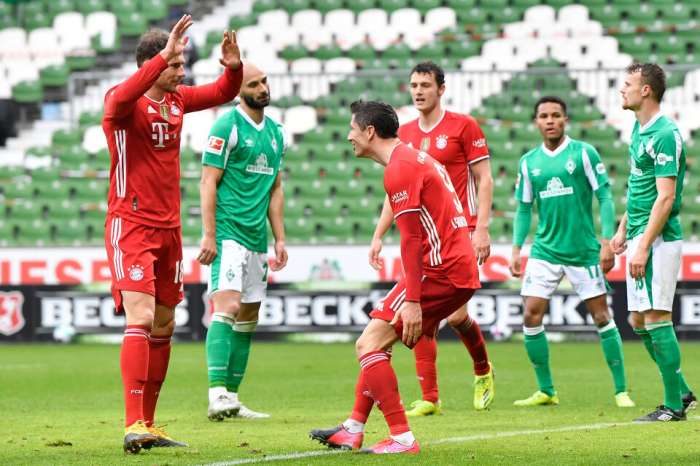 Bayern Munich recorded their third consecutive victory in the Bundesliga, after passing smoothly through Werder Bremen and winning 3: 1. The goals for the Bavarians were the work of Leon Gorecka, Serge Gnabri and Robert Lewandowski. Thomas Mueller scored 2 assists. Niklas Fulkug was right for the hosts.

Bayern took the lead in the 22nd minute. After a corner, Thomas Müller deflected the ball with his head and it hit Leon Gorecka, who made no mistake at close range. In the 35th the German champion reached the second goal. Mueller brought out very well Serge Gnabri, who found himself face to face with the goalkeeper and with a shot in the lower left corner scored.

After the break, Bayern continued to press the opponent, but Robert Lewandowski twice failed to score. However, this happened in the 67th minute, when the Pole took advantage of a bounced ball in the penalty area and beat the home guard. Werder managed to return a goal in the 88th minute. Rashitsa shot dangerously and Manuel Neuer scored, but the ball landed on the feet of Fulkrug, who from close range formed the final 3: 1.

After the victory, Bayern collected 58 points and is already leading with five ahead of the second RB Leipzig, which, however, has one game less. Werder are 12th with 30 points.