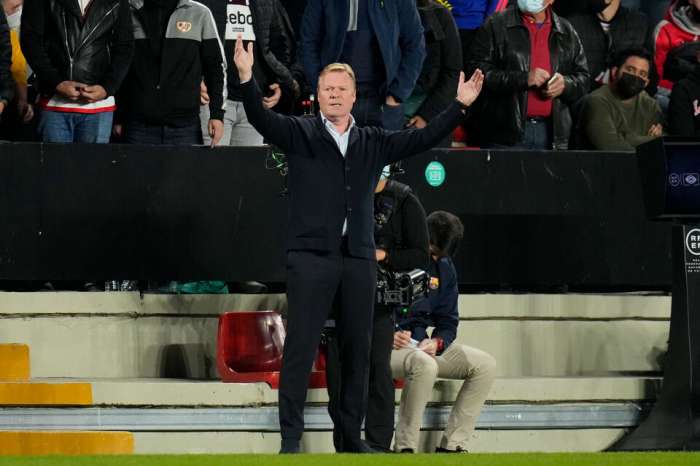 Ronald Koeman is no longer the coach of Barcelona, ​​the club officially announced. The defeat by Rayo Vallecano was the drop that poured the cup of patience of the club's management to the Dutch specialist. Given the difficult situation the club is going through after the loss to El Clásico, with the possibility of the team not qualifying for the elimination phase of the Champions League, all this led the bosses to decide to dismiss Kuman.

"FC Barcelona fired Ronald Koeman from his duties as coach of the first team. The president of the club Joan Laporta informed him about the decision after the defeat by Rayo Vallecano. Ronald Koeman will say goodbye to the team on Thursday. FC Barcelona thanks him for his faithful service to the club and wishes him all the best in his professional career, "said the official information published by" Blaugranas ".

Kuman left Barcelona after leading the team in 67 games. He managed to win the King's Cup.

It remains to be seen who will be his deputy coaching position in Barcelona.

Xavi Hernandez is one of the favorites. Other names associated with the coaching position are Roberto Martinez, Eric ten Haag, Andrea Pirlo, Antonio Conte and Joachim Loew.