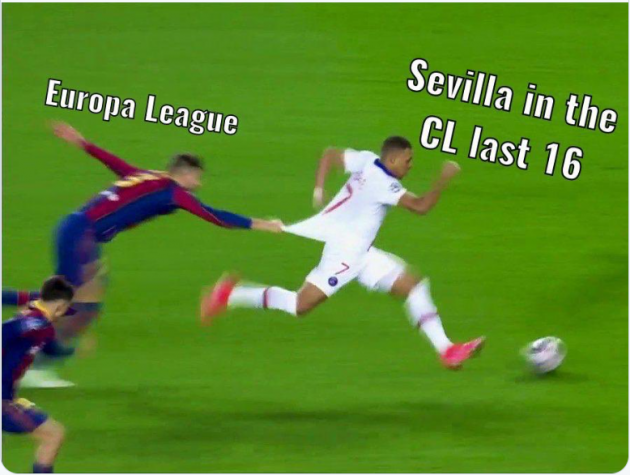 Barcelona's press service responded to its colleagues from Seville in a proper way after the victory of the "Catalans" in the tournament for the King's Cup in Spain.

Shortly after the end of the match last night, the Catalans reminded of the meme and wrote "Respect is important in football".

It was Gerard Pique who scored a goal against Sevilla, with which Barcelona reached extra time, after which they eliminated their opponent from the tournament with a 3-0 victory.