Athletic's reserve called Messi a "fool", here is the strange answer of the star 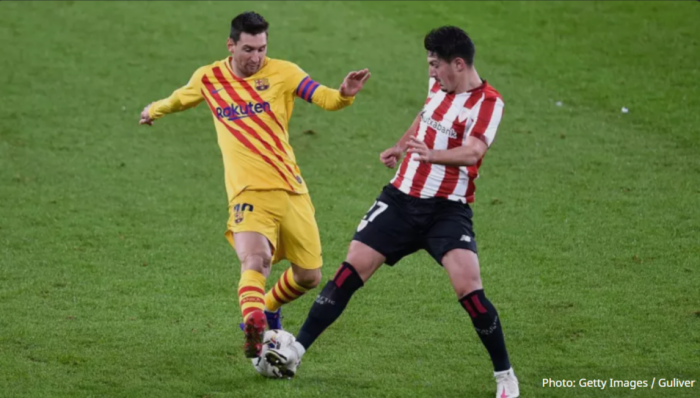 During the match between Barcelona and Athletic (Bilbao) in La Liga, the captain of the Catalans Lionel Messi had a verbal shootout with part of the bench. One of them insulted him, to which the Argentine responded rather strangely, reports "El Chiringuito".

This happened after at the time of the match the referee awarded a direct free kick due to a foul against Messi. Athletic's reserves jumped out of their seats and began to sue the referee, who they said treated Messi as "inviolable".

The Catalan captain responded disapprovingly to the Basques' reserves, after which he received the following comment: "Shut up, you fool!". However, Messi did not keep silent and said to one of the Athletic players: "Fool, what are you eating?" and made a hand gesture.

The exact word used by the superstar is "boludo". It is from the street language of Argentina and has several meanings, including "fool" and "idiot." The episode ended without cards for both of them. In the end, Barcelona won 2: 1.