Arsenal with the worst start to the season in 67 years 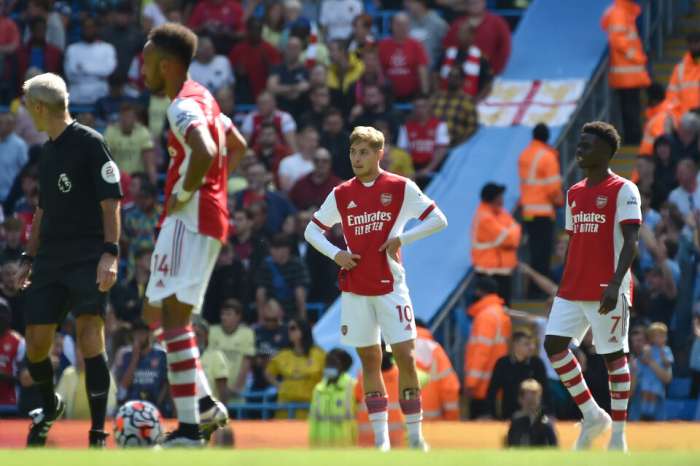 Arsenal registered its worst start to the season in 67 years after a 0-5 defeat by Manchester City to the Etihad in the third round of the Premier League.

The Gunners suffered a third consecutive loss and not only that, but they have not scored a goal since the beginning of the season.

This is the worst start to the season for Arsenal since 1954/55. The Gunners are only the second team in the history of the Premier League to lose their first three games and have a goal difference of -9. The other with such a negative trend was Wolverhampton in 2003/04, when the team finished at the bottom and dropped out of the English football elite.

Arsenal are still looking for their first goal after a terrible first month, which has dramatically increased the pressure on manager Mikel Arteta.

The Gunners suffered their heaviest defeat in history at Manchester City.

The match of "Etihad" led to the fact that Arsenal has the second weakest possession of the ball in the Premier League - a negligible 19%.

Arsenal take over Norwich in two weeks and Arteta, who is the favorite to be the next fired manager, cannot afford another defeat.