After Sevilla - Barcelona: Two problems for the Catalans 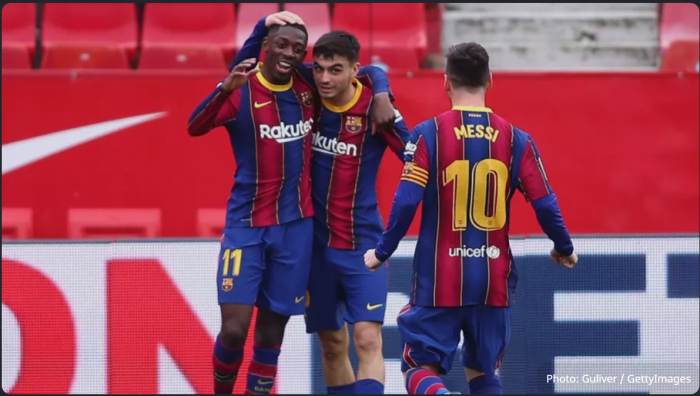 Barcelona showed an improved game in the match against Sevilla and managed to easily win one of the toughest away games in Spain, but without the cost of two injuries that could harm the team, which is gaining momentum in the second half of the season.

The young playmaker Pedry was forcibly removed from the game after suffering an ankle injury in the final minutes of the match and could not continue. According to information from Spain, the youngster returned to the hotel where the team was staying, on crutches and in visibly poor condition. He is expected to undergo more thorough examinations on Sunday.

Another of the team's young players, Ronald Araujo, also has an injury problem. He missed several games for the team due to injury, and today he came off the bench to replace Gerard Pique. However, just a few minutes after his appearance, Araujo had to leave as his injury resumed. He was seen limping as he left the stadium.

Otherwise, "Blaugrana" recorded its 6th consecutive victory as a guest in La Liga, while at the same time managed to climb to 2nd place -1 point ahead of Real Madrid, but also a game more.