After 16 years of waiting - Brondby is the champion of Denmark 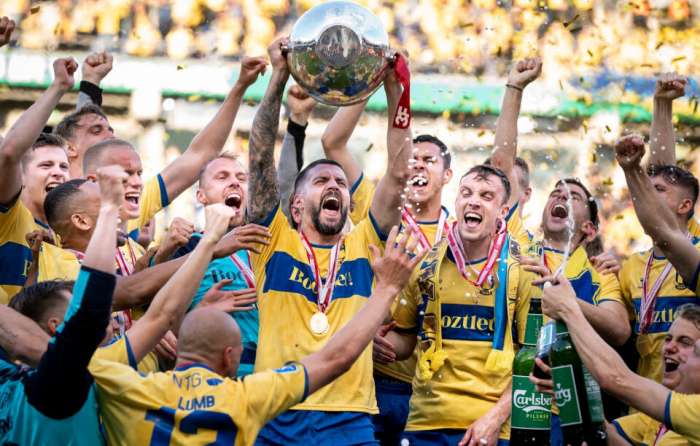 After 16 years of waiting, Brondby's team managed to become the champion of Denmark. This happened late on Monday night, when the "blue-yellows" beat Nordseland 2-0 at home and kept their lead of 1 point ahead of Midtjylland. The former team of Bozhidar Kraev also won 4-0 against Aarhus, but that was not enough.

The former hegemon in the Danish championship Copenhagen remained in third place.

This is the 11th title in Brondby's history, but the team last triumphed in 2005.