A revolution is being prepared in Barcelona, ​​14 players are leaving 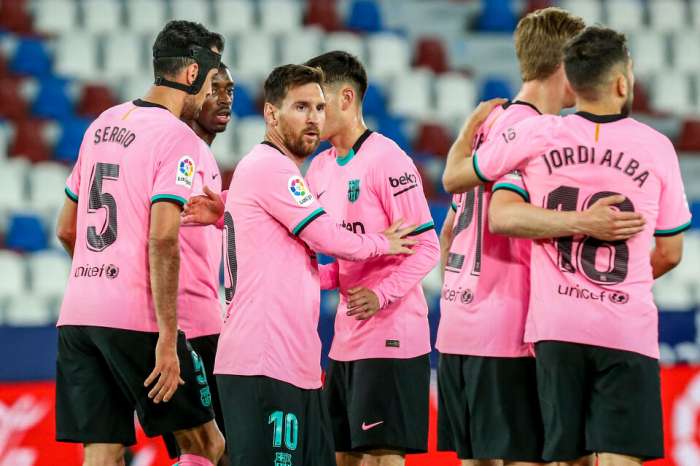 Barcelona almost completely lost their chances for the La Liga title after the draws against Atletico Madrid and Levante and the surprising loss to Granada. The Catalans are already thinking about next season.

So far, the possibility of the Dutch specialist remaining at the helm of Barça is not ruled out. He failed in the Champions League and La Liga, but won the King's Cup. At the same time, the imposition of a number of young and talented players in the team with a view to the future began.

According to Mundo Deportivo, big changes are ahead for the Catalans, and up to 14 players may leave the "Camp Nou".

The difficult financial situation in Barça is not a public secret. If the club decides to part with most of its players, then it will have to find suitable replacements.

Barça's desire to part with Coutinho, Yumtiti and Pjanic is largely driven by their high salaries, but selling them will not be an easy task.

At the same time, the Catalan club will try to strengthen itself mainly with free agents in order to save money.

The management of Blaugranas is optimistic that Lionel Messi will sign a new contract and stay at the club. Laporta is aware that he must present a viable project to the Argentine if he wants to keep it.

Messi is happy with the development of the young players that Kuman has been actively imposing in recent months, but it will be difficult to sign with Barça if some big names are not involved.

One thing is for sure - there are many sleepless nights ahead for the leaders of the Catalans in the summer, so that the revolution becomes a reality.